Could a Birther Bill Explode in Their Face? 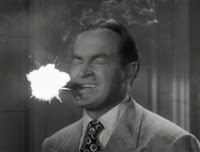 In a  recent article on his blog Doctor Conspiracy posed a question about whether the courts would ever actually rule on the meaning of the term “natural born citizen” as used in the Constitution or would they always defer to Congress as the final arbiter on any question concerning qualification.  While the Birthers have tried in around 73 cases to force a court to somehow declare Obama to be ineligible there is only one case that actually addressed the NBC term somewhat head on and that was the Ankeny v Governor of the State of Indiana case in Indiana. The vast majority of the cases were dismissed on other grounds centering around standing, the political question doctrine, and failing to state a claim that the courts were empowered to decide.

I believe that if one of the Birther bills like the one Sen. Beavers from Tennessee submitted were to ever become law then the federal courts might settle the issue once and for all and the deVattelites and No-Multiple-Citizenshpists might not be very happy with the outcome. There are certainly other grounds the courts could use to strike down most of these bills such as the Full Faith and Credit clause in Article IV of the Constitution but it is possible that a court might want to also rule that the wording of the presidential eligibility clause also makes the bills unconstitutional.

However, as I said the other night I am not convinced any of these bills will be passed unless it is no more than a requirement for a prospective candidate to produce a certified copy of their birth certificate. I think we learned that Senator Beavers’ bill certainly wasn’t very high on her own list of priorities since she had not bothered to even read it.

1 Response to Could a Birther Bill Explode in Their Face?