Is Birther Radio on Life Support? 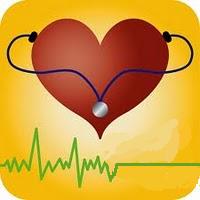 Maybe it is a coincidence or more likely it is a symptom of a growing realization that the cold hard fact is that they are not going to remove Obama from office but Birther radio is an endangered species of nuttiness.

From late 2008 through early 2009 Birther radio flourished at least as measured by the number of shows per week. Ed Hale and his Plains Radio Network was king for a while after the ex Hillary supporter and Big Foot slayer cum birther appeared on  CNN in late 2008. Only Ed knows what his real number of listeners were at the peak (he claimed 20 million but that is Ed-speak for 200). Ed ran 3 or 4 shows per week for months. Several of Ed’s minions also had regular shows including Ken Dunbar who was one of the original two parent citizen birthers. Ed also ran auction shows where he sold seeds and crank operated radios at inflated prices. Other regular hosts were Caren Hale, Phil “Morals Man” Detrick, and Dr. Mike. Ed eventually drove away his hosts and listeners with his scams, drama queen antics, and lies about evidence on Obama he claimed to have. Ed’s health also became an issue.

The final nail in the coffin for Plains Radio was driven when, after Ed had shut down PRN for the fourth or fifth time, he sold the equipment to Fred “Silver Surfer” Shaffner. Fred ran the new network as Texas Broadcasting for a few months. The friendly takeover didn’t last long, however, after Ed claimed Fred had refused to pay him for the equipment. Ed claimed he won a judgment against Shaffner in small claims court but never seemed to recover his equipment. Ed came back on the air briefly but only for a show or two. The audio quality was of the can and string variety. TBN didn’t last long either and Silver Surfer hasn’t been heard from or seen on line in almost a year.

Ed Hale provided some of the classic moments in Birfer radio. My favorite is the night that Ed had a * huge * show about Orly Taitz filing request for an emergency TRO in Texas on behalf of CPT Connie Rhodes. This was hot breaking news. Unfortunately, Judge Xavier Rodriguez denied the request within 30 minutes and several “Obots” in PRN chat passed along the somber news. Ed didn’t believe it, of course, and of course the Obots turned out to be right as they always were.

Blog Talk Radio was once the home of several regular Birther shows including MommaE’s Radio Rebels, Mark McGrew, and the Patriots Heart Media Network run by Sharon Meroni under the pseudonym of Chalice Jackson. Chalice had several hosts under the PHMN banner including Chalice herself, CJ and Tallulah, David and Melissa, Reuben Torrez, and Lady Libertas. In peak months Chalice and her gang aired over 20 shows per month. Now Chalice and her hosts are MIA. Gone are the giddy days of trips to Washington DC to drop off American Grand Jury “Presentments” at disinterested Congressional offices and agencies followed by nightly shows regaling of the exciting adventures of Chalice, Dr. Penny, and Mac Ellis.

MommaE had to put her her show on hold for months due to health issues and has not returned to the air. She says she is no longer a Birther and is now a regular poster at the anti-birther site The Fogbow of all places. Mark McGrew of  Sentinel radio hasn’t had a program since July 2010. Andrea Shea King still has an hour show every weeknight on BTR. Andrea spends most of her air time pushing anti-Obama World Net Daily inspired tripe. She still dabbles in Birtherism from time to time since it fits her Obama hating meme. She was caught recently deceptively editing the archive of a show with Dr. Greg Lakin and family mouthpiece Mario Ciavolino when a  caller got Greg to admit Terry had tried and failed to obtain a long form Hawaiian birth certificate for his daughter. When King was called out in chat the following night for the editing she laughed it off and lied about it.

I could say “How the mighty have fallen” but Birther radio was never mighty so it didn’t have far to fall.
I am sure I have missed a player or two in the Birther radio saga. Please feel free to add to the list in the comments.

This entry was posted in Birther Radio. Bookmark the permalink.

12 Responses to Is Birther Radio on Life Support?