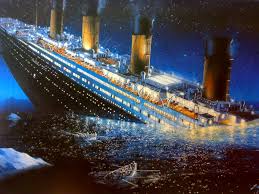 File this one under sometimes articles write themselves. Since the release of a copy the Obama short form birth certificate in 2008 the Birthers have been claiming that “African” was not a valid term to describe Barack Obama Sr.’s race.  Mark Gillar talked at length about this on Mike Volin’s show this week. Often they claim the BC says “African American” which of course it doesn’t because the elder Obama was a British citizen. Well thanks to a commenter named Matt at Obama Conspiracy Theories we know that African race designation was around at least as early as the sinking of the Titanic in 1912. Matt found that the National Archives contained documents from the ship Carpathia who picked up some of the survivors from the Titanic. In the paperwork was a ship surgeon’s report that contained a guide for listing the “race or peoples” aka aliens who were aboard ship. The first entry is, you guessed it, “African (black)”. The guide for filling out the form says:

“African (Black) refers to the African Negro, whether coming from Cuba or other islands of the west indies, North or South America, Europe or Africa. Any alien whose appearance indicates a mixture of Negro blood should be classified under this heading”

So as early as 1912 Barack Obama, Sr. would have been considered of the African race.

The Titanic meme works so well for Birthers. 😆